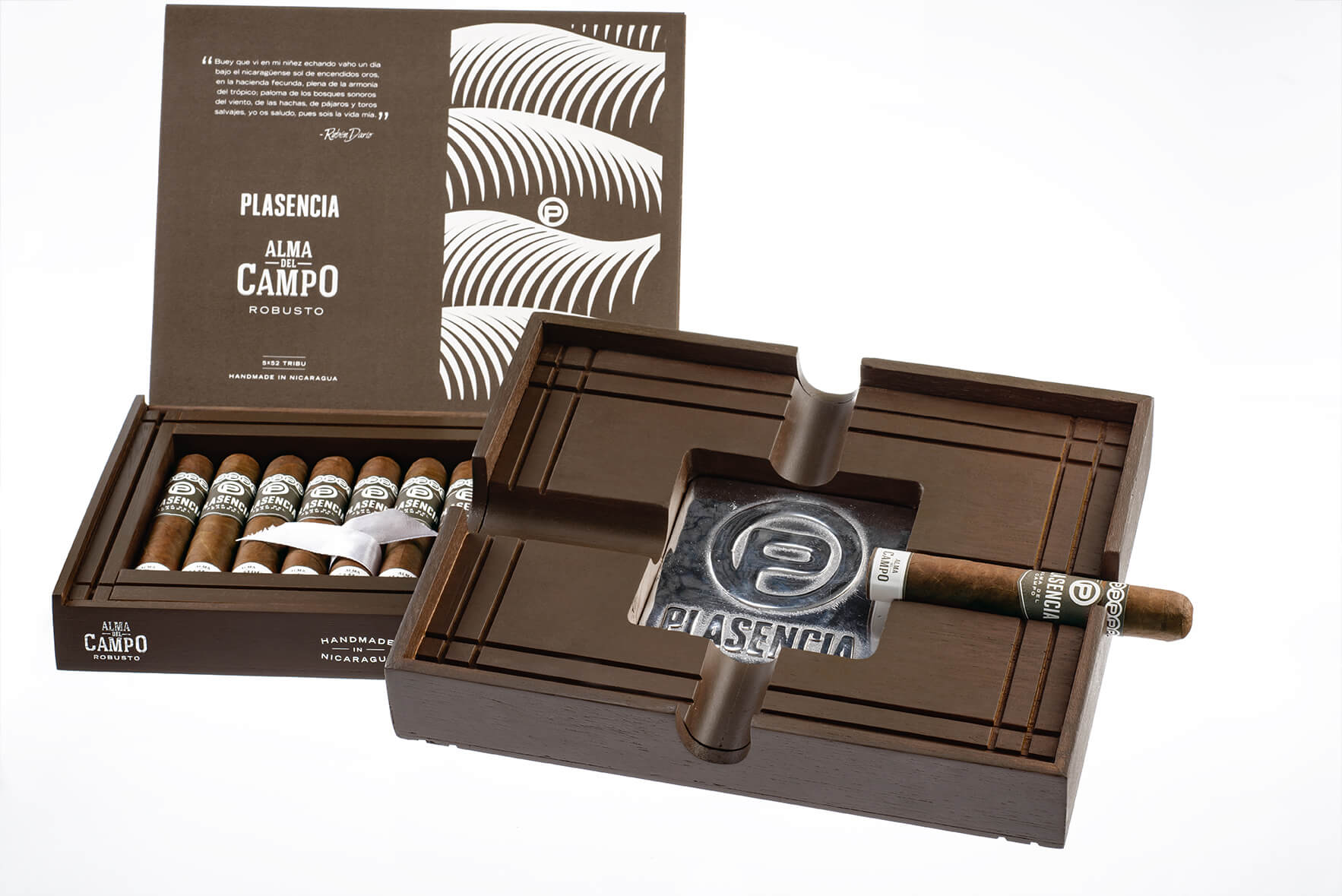 PLASENCIA CIGARS’ ALMA DEL CAMPO: THE CHAMPION AMONG CIGARS FROM ALL OVER THE WORLD

MIAMI – July 18, 2018 – Plasencia Cigars, the leading producer of premium cigars and the largest producer of tobacco in Central America, was awarded 1st place in a consumer cigar blind tasting held by Manuel’s, one of the finest and most renowned cigar shops in Zürich, Switzerland. The award was conferred for its Alma del Campo Tribu cigar, one of the company’s first brand name cigars to be introduced to the market.

This is the second time Manuel’s hosts a blind tasting among its consumers – this time around with the timely theme of soccer. Broken into four rounds over the span of four weeks, with half of the top-rated cigars moving up to the next round, the search for the best cigar in the world consisted of 16 Robusto-size cigars, eight Cubanos, and eight non-Cubanos, including products from Nicaragua, Honduras, Costa Rica, and the Dominican Republic. Cigars were reviewed and judged on a preliminary maximum 50-point scale based on their processing and construction (10 points), aroma and taste (20 points), smoke (10 points), and overall quality (10 points).

In the final round, Alma Del Campo and Cohiba Robusto were then rated by approximately 100 consumers under the same categories. Alma Del Campo received a total rating of 91 points out of a possible 100, securing its spot as the champion among cigars from all over the world -a title which was previously held by Cuban Juan Lopez Seleccion No. 2 in 2014.

“We are proud to have been selected by Manuel’s as the top cigar in Switzerland,” said Nestor Plasencia, CEO of Plasencia Cigars. “Competitions such as Manuel’s blind tastings are imperative to our company, because the top cigar is selected by consumers, and that’s who we think about when creating our product.”

“This year’s competition was fierce with some of the top cigar brands in the world participating,” said Manuel Fröhlich, owner of Manuel’s. “We want to congratulate the team at Plasencia, a family owned business and today’s biggest premium tobacco producer, for winning the public’s vote for its Alma del Campo cigar creaminess and voluminous smoke.”

Alma del Campo is a complex smoke with the perfect balance, showing flavors of coffee and nuts. It is a very creamy cigar with a touch of spice. The cigar has a fantastic finish that seems to leave a memorable experience on the palate. Alma del Campo is available in five vitolas.

The cigar brands competing in the blind tasting contest included:

The foundation for Plasencia Cigars began in 1865 when Eduardo Plasencia started growing tobacco in Cuba. Three decades later the business was expanded, and the Corojal Farm in Cuba’s Vuelta Abajo region was established. Since then, five generations of the Plasencia Family have been growing tobacco. They are greatly regarded in the industry as being one of the largest producers of first-class cigar tobacco in Nicaragua. Today, Plasencia Cigars manufactures more than 35 million handmade cigars per year, growing tobacco on 3,000 acres combined in several locations throughout Central America: four in Nicaragua, three in Honduras, one in Costa Rica, and one in Panama.