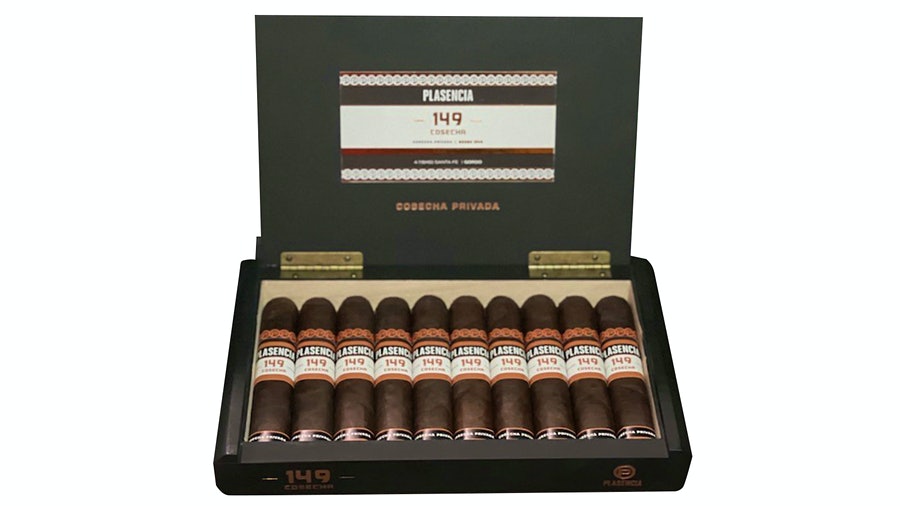 New Plasencia Cosecha 149 Made With Honduran Tobacco From 2014

Prolific tobacco grower and cigarmaker Nestor Andrés Plasencia is putting his family’s Honduran tobacco on full display with a new brand called Plasencia Cosecha 149. It’s named after the Plasencia’s 149th harvest, which happened in 2014. Now that the tobacco has had seven years to age, the Plasencias have turned it into a three-size line currently being previewed at the PCA trade show going on in Las Vegas.

Consisting solely of Honduran tobacco, the Plasencia Cosecha 149 is blended with a wrapper from Olancho, San Agustín, a binder from Jamastran and mix of filler tobaccos from Jamastran, Talanga and Olancho. The Jamastran leaf was grown from proprietary Corojo seeds that the company says it developed, while the rest of the tobacco is Criollo.

This isn’t the first time that the Plasencias have honored a specific harvest. In 2017, they released the Cosecha 146, a brand made with tobaccos from the 2011–2012 crop. Like Cosecha 146, the upcoming Cosecha 149 is made in Honduras at the Plasencias’ Tabacos de Oriente factory and should be medium to full in body.

The word cosecha translates to “harvest” in Spanish. The Plasencias first grew tobacco in Cuba.