There are probably few people in the cigar industry with as much energy and enthusiasm for what they do as Nestor Andrés Plasencia. A fifth generation Plasencia, son of Nestor Plasencia Sr, and one of three brothers, Nestor could probably spend as much time talking about tobacco as he spends growing it. I’ve known Nestor since I got into the business 18 years ago, and he, not to mention his family, are some of the most gracious people you’ll ever meet. And this is not the first time I’ve had the pleasure of talking to Nestor about his passion.

For this interview, which was recorded at Leaf Cigar Bar in Easton, Pennsylvania, we had much more to talk about. Since our last meeting, the Plasencia’s had released their Plasencia Alma Fuerte cigars, which landed the Alma Fuerte Generacion V Solomon an “outstanding” 93 rating, and in the top-10 of Aficionado’s Top 25 Cigars of 2017. During our conversation, Nestor was smoking one of his, now usual, Alma Fuerte (Spanish for “strong soul”), while I decided to smoke my first Plasencia Cosecha 146 San Luis, a 5¾” x 54 Grande. Looking at my cigar, I asked Nestor what cosecha meant in Spanish, which you’ll also learn in the first minute of the video. Here’s a hint: The 146 on the band stands for the 146th crop the Plasencia’s have grown since the Plasencia family began growing tobacco in 1865. That’s a long time for any tobacco growing company. Currently in the process of growing their 153rd crop, and as Nestor says, “We’re blessed.” As a company that’s been in business for 155 years, I thought it was funny when Nestor said, “This is just the beginning.” Of course, he was referring to the cigars they recently began marketing under their own name, like the Alma Fuerte, Cosecha, et.al. A big part of that is telling the story of the Plasencia family through their cigars, and Nestor gets into some of the details behind the Alma Fuerte. To hear Nestor describe their creation from seed to finished cigar, he could be talking about one of his own children. 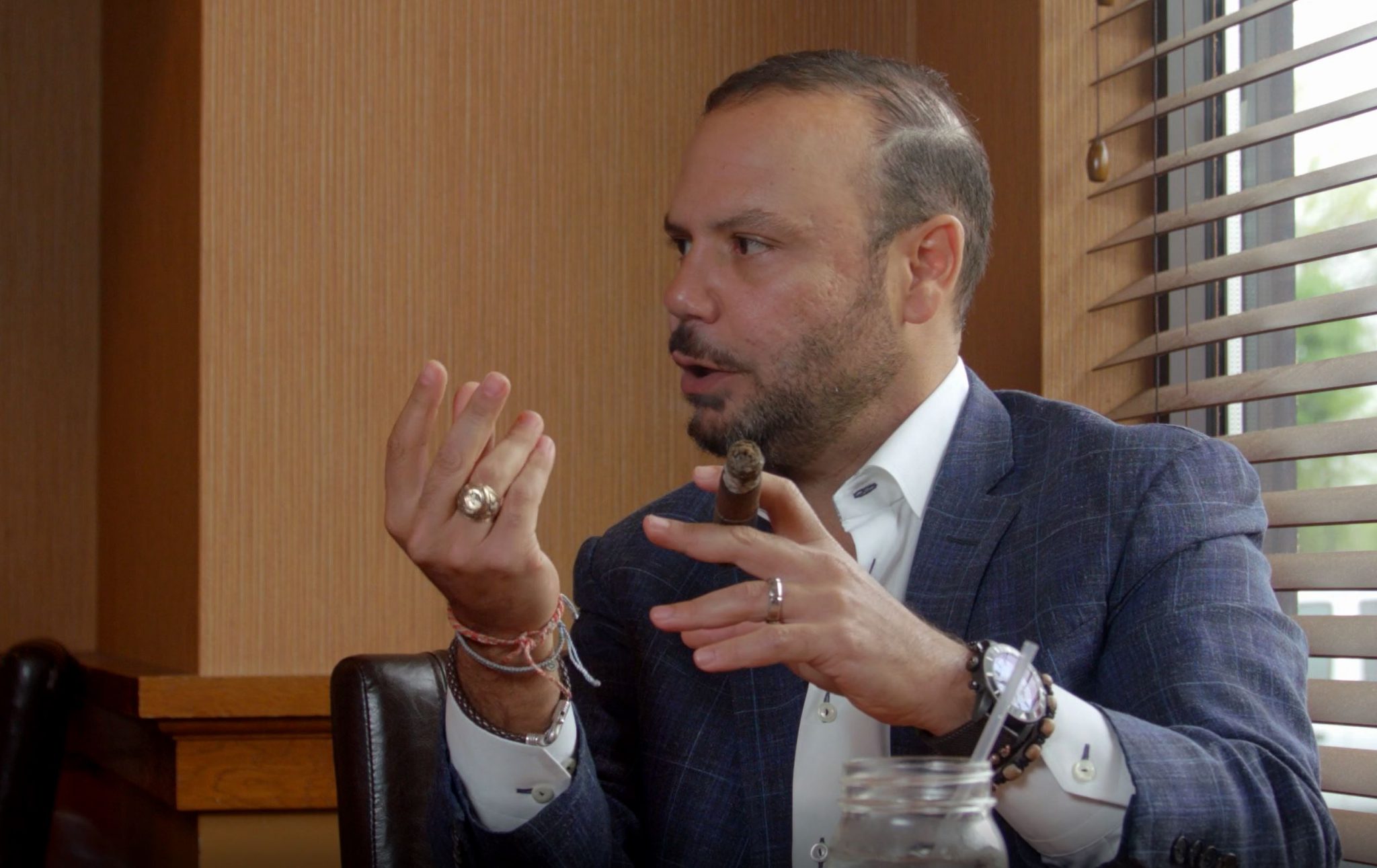 “If [cigar smokers] are going to give us two hours of their precious time, we take it very seriously, so we want the best product possible,” says Nestor. “We put a lot of heart and soul in everything we do.”

Although they have had a presence under their own name in Nicaragua for many years, most of the cigars made by Plasencia have either been for other premium cigar brands, or as so-called, “house brands” for major retailers like Famous Smoke Shop. In fact, the relationship between Famous Smoke Shop and the Plasencia Family has been one of the longest and among the most treasured.

Of course, like most tobacco-growing families, the Plasencia’s are closely knit, and everyone has their special responsibilities. Nestor’s older brother, Gustavo, is in charge of finance and running the business, while Jose Luis, his younger brother, handles the distribution side. The farming and agricultural duties are done by Nestor and his father. 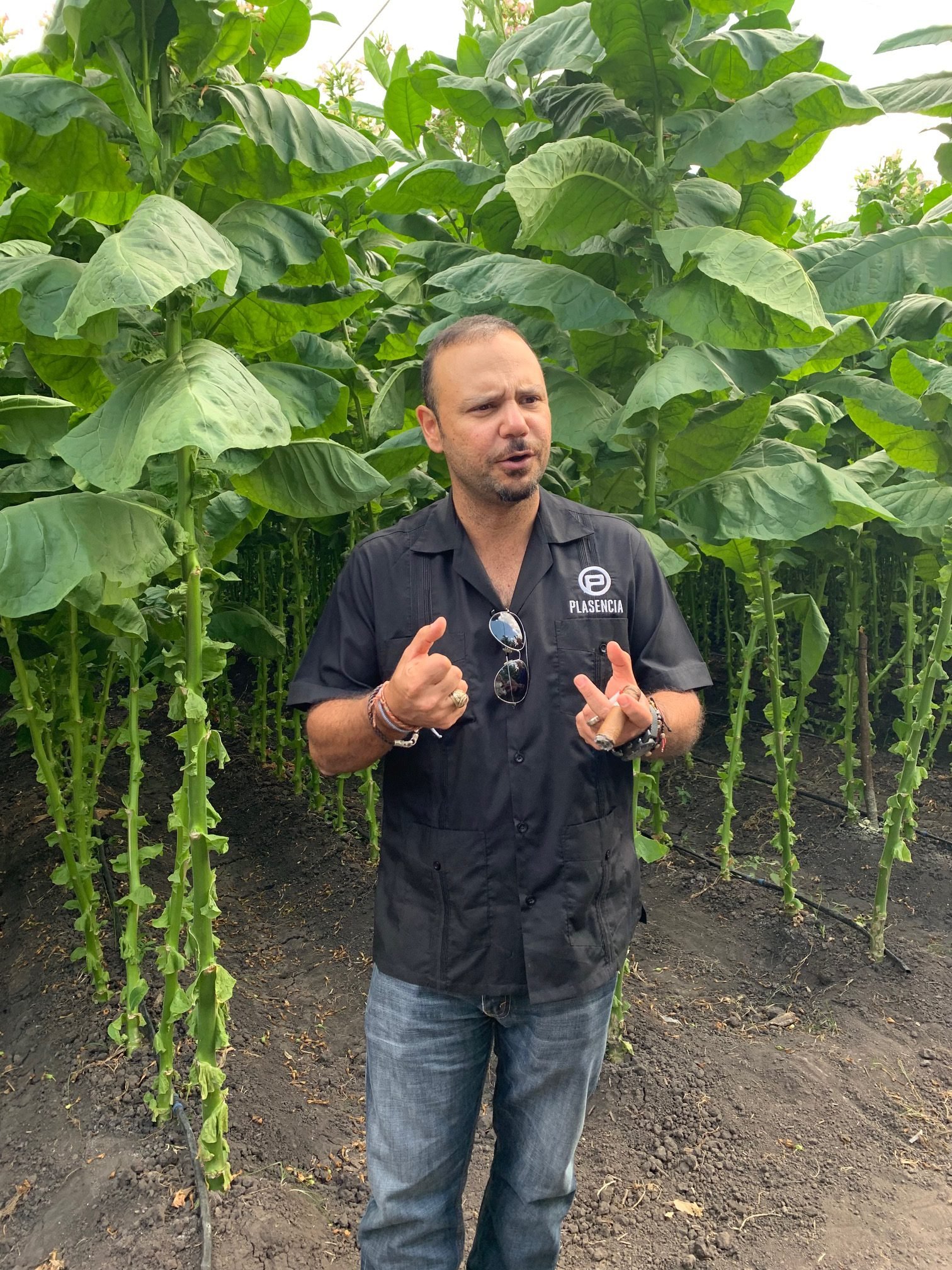 “I’m still learning from my Dad every day,” says Nestor. “I’m so glad to have him involved and able to listen to his wisdom. . . These beautiful, amazing plants have put food on our table for 154 years, so you can imagine the respect we have for the leaf.”

Speaking of leaves, Nestor also gives a short class on how and why they do tobacco seed hybridization, including how altitude, weather, and soil affect crops.

Other highlights of this video include Nestor taking me through the process of how Plasencia blends for other customers, the recent collaboration project Plasencia did with Davidoff Cigars, and a subject in which I’ve always been interested—what life is like in Nicaragua for Nestor, the Nicaraguan people that work for the company, and the influence, if any, of the current political regime in Managua, and more.

Plasencia is now gearing up for their next release, the Plasencia Alma de Fuego, which will be another Nicaraguan puro. It may have taken over 150 years, but Plasencia Cigars, as a brand, will undoubtedly continue its rise as a formidable contender in the premium cigar market. There’s certainly no lack of passion, either, and Nestor sums it up best by saying, “I’m a true believer that we make people’s lives better with cigars.”